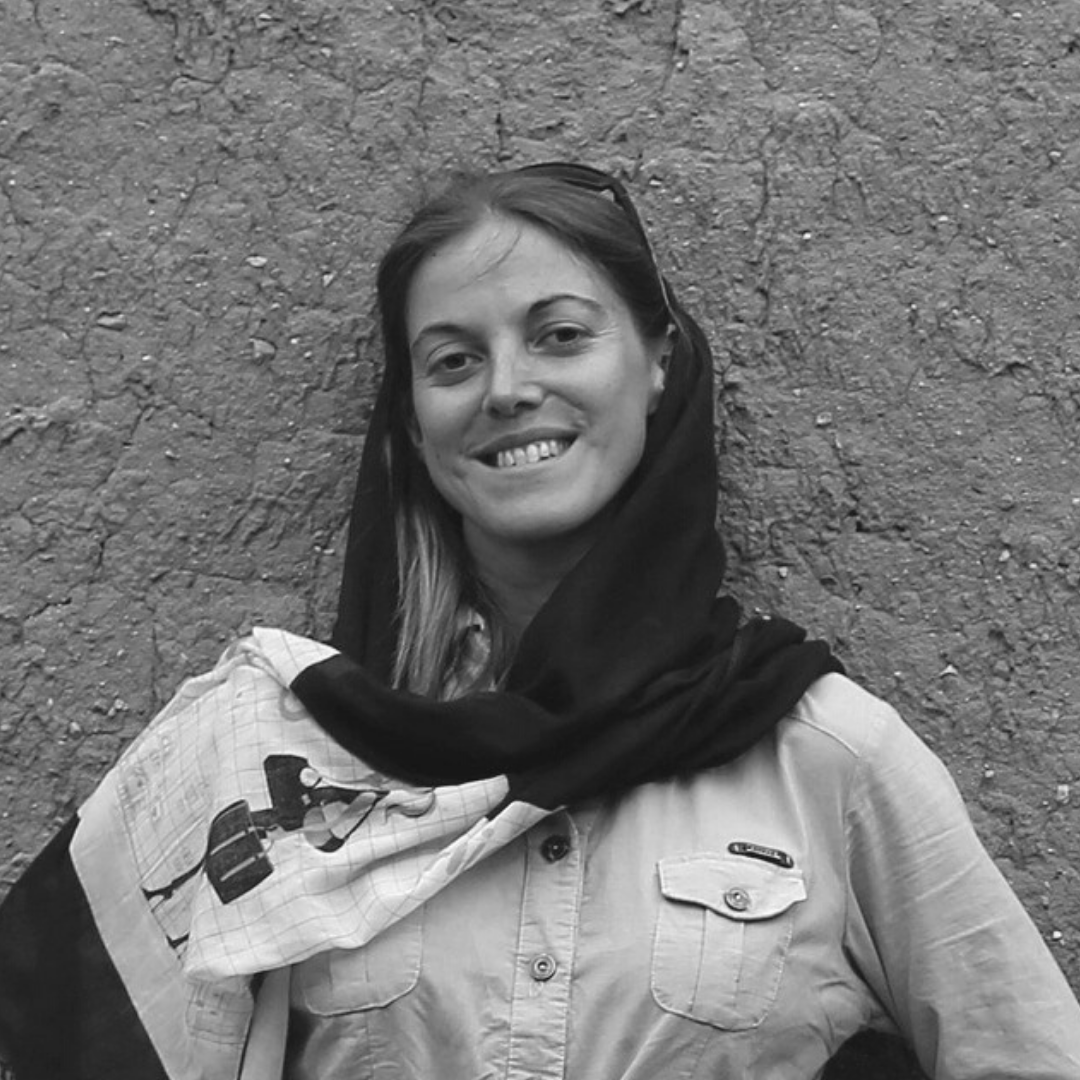 Rebecca Lowe is a freelance journalist, living and working in London, who specialises in human rights and the Middle East. She has written for the Guardian, BBC, Evening Standard, Independent, Economist, Sunday Times Magazine, Daily Mail, Huffington Post and IranWire, as well as numerous travel and consumer magazines. She was previously the lead reporter at the International Bar Association, where she focused on human rights and the rule of law and wrote extensively about the Arab Spring. She holds a BA in English literature from Cambridge University and an MA in journalism from Stanford University, where she was awarded a scholarship. @reo_lowe

The Slow Road to Tehran The Slow Road to Tehran

‘A terrifically compelling book, bursting with humour, adventure and insight into the rich landscapes and history of the Middle East. Lowe recounts the beauty, kindnesses and complexities of the lands she travels through with an illuminating insight. A wonderful new travel writer.’

‘By cycling solo across the Middle East for 11,000 kilometres, Rebecca Lowe has achieved a remarkable feat. Her account of this grand journey is admirably observant, unfailingly humane and humorously self-aware to just the right degree. She shows sensitivity to the uniquely Middle Eastern lives she encounters while also maintaining an eye for their chaotic opera of quotidian dramas. This is a book that makes you laugh, gasp, cry and learn something about the many peoples of the Middle East.’

ARASH AZIZI, AUTHOR OF THE SHADOW COMMANDER: SOLEIMANI, THE US AND IRAN’S GLOBAL AMBITIONS

‘[A] funny and freewheeling account of her year-long, 8,000-mile odyssey … Lowe, a freelance British journalist, has a forthright confidence that brings to mind those earlier Middle Eastern adventurers Freya Stark and Gertrude Bell.’

‘[Lowe] is a perceptive writer who finds new ways to think about the complex peoples, histories and politics of the countries she journeys through.’

‘Here’s a book in the great tradition of the British lone traveller – those spirited individuals who set off to explore Foreign Lands with an open heart, determined against all odds to see what joys they might find. Rebecca Lowe is a cross between her two illustrious forebears, Eric Newby and Dervla Murphy. Her carefully woven tale is insightful, delightful – full of gusto and grit, and always entertaining.’

‘The idea of cycling from England to Iran seems to me completely barmy – heroically barmy, magnificently barmy, in the style of the great travellers of the past who walked on foot to the South Pole or rode on camels to China. Not even straight to Iran, but by way of Egypt and Sudan, the Sahara and the Persian Gulf – 11,000 kilometres – a whole year balanced on two wheels, held upright and propelled only by her own muscle-power. Over impossible mountain ranges, on uncyclable roads, through states where being a foreigner or a woman is discouraged. She writes about it with wonderful vividness and self-mockery. And she is a real traveller. She stays, eats, and drinks, one way or another, with local people, and for brief, intense moments shares a little of their lives. She knows an extraordinary amount about the history and current politics of everywhere she goes, always complex and usually painful, with problems often shamingly rooted in the colonialist inheritance. Everywhere she discovers a reciprocal friendliness and curiosity, and a changing world that often belies the expectations that outsiders have of it.’

‘This is modern travel writing at its very best, full of vim and vigour, painstakingly researched, laced with wry humour, political (without being too political), adventurous and rich with anecdote. As Lowe checks in her beloved, much dented and repaired bicycle (nicknamed Maud) at Tehran’s airport, I couldn’t help but whisper: bravo!’

‘Lowe is a witty, worldly travelling companion with a hawkish eye for detail and whip sharp turn of phrase. She pedals across deserts with steely thighed grit, deftly weaving humour with serious journalism. A life-affirming read that will have you dusting off your derailleur and hitting the open road. Bravo!’

Antonia Bolingbroke-Kent, author of Land of the Dawn-Lit Mountains

‘From now on, whenever anyone asks me about solo women travel in the Middle East, I’ll point them to Rebecca Lowe’s book. This was an audacious journey, written about with humour and humility alongside a good understanding of the region.’

Leon McCarron, author of The Land Beyond: A Thousand Miles on Foot through the Heart of the Middle East

‘The Slow Road to Tehran is packed full of wit, warmth, razor-sharp insights and a spirit of fiery adventure. It’s also a book full of hope, recognising the challenges faced by one of the world’s most misunderstood regions, and wishing on it the same spirit of freedom that drives the book’s irrepressible author.’

Nicholas Jubber, author of The Fairy Tellers and Drinking Arak off an Ayatollah’s Beard

‘Rebecca has pulled off an astonishing feat, both in terms of her journey but also with her book, which is both thought-provoking and highly entertaining. Refreshingly free of anguish and navel-gazing, she instead turns her focus on the people and stories of the Middle East while expertly weaving in the salient aspects of Britain’s often nefarious relations with the region. This elegant blend of adventure, politics and history forces the reader to face up to some uncomfortable truths but always keeps us pedalling on a wild, colourful ride through blistering deserts, chaotic cities and lonely highways. All this, served with a good dose of self-deprecation and excessive drinking makes for a highly readable book that will stay with you long after you roll into Tehran, weary, saddle sore, but triumphant on her behalf.’

‘Already familiar with Rebecca Lowe’s work, I was expecting The Slow Road To Tehran to be good. But I didn’t anticipate just how good. Brilliant, in fact. It’s everything you could want from a travel book: beautifully written, warm, compelling, exciting, and funny as fuck. The sheer quantity and quality of research is exceptional, and there was something new and fascinating to learn on every page. I have so much admiration for this wonderful book, and suspect it will soon become a travel literature classic.’

Charlie Carroll, author of The Lip and The Friendship Highway: Two Journeys in Tibet

‘The Slow Road to Tehran is the very best of modern travel writing. It contains wonderful descriptions of far away places and hilarious encounters on the road, as well as of the grit needed to cycle across continents by oneself. But it is much more than that. Rebecca Lowe’s narrative  brings out the humanity of the Muslim peoples of the Middle East whose lands she crosses, as well as the contrasts between their countries and the very different situations in which they find themselves today. This book gives you an inkling of why things are the way they are.’

John McHugo, author of A Concise History of the Arabs and Syria: A Recent History

‘Absolute page turner. An inspiring traveller tale-full of surprises right to the end.’

‘Lowe, whose winningly self-depreciating tone persists through adventures and misadventures alike, is no naif. A veteran journalist with a focus on human rights, Lowe is clear-eyed about the fraught history of Western adventurers in the Middle East, with a reporter’s knack for depicting the vivid characters she encounters.’